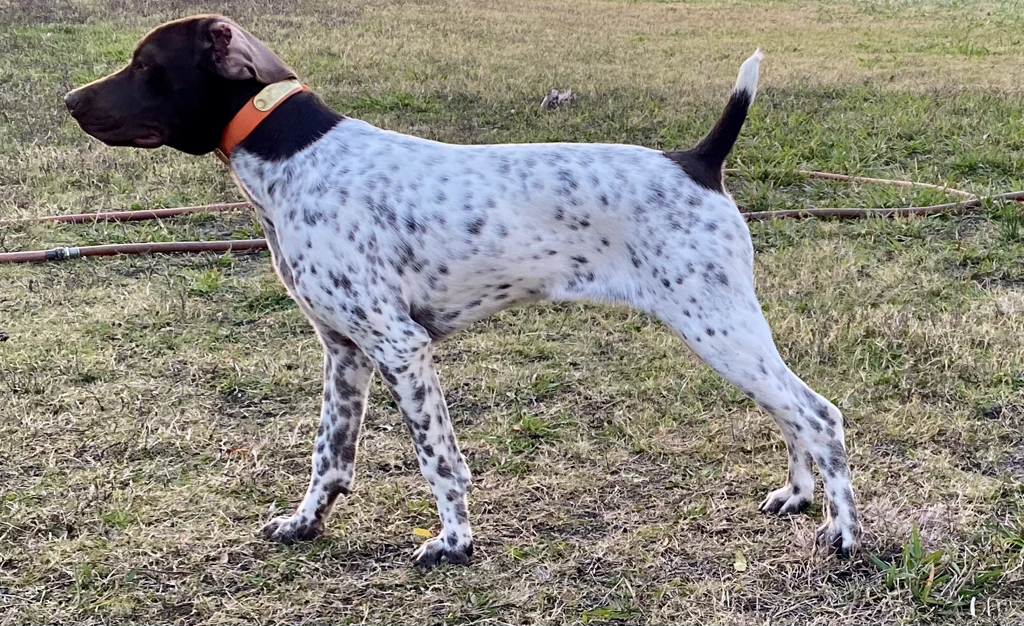 Fast Flyin Ramblin Raider
​Raider is our newest 2021 pup from Nathan Tekell at Teks Kennels out of Teks Benjamin Franklin Rodriguez and CH Teks Bewitched . He is already a very bold and flashy pup with both parents being decorated NSTRA competitors. Raider has no fear is bird crazy. We expect large things from him and will be a possible stud for our trial string and possible litters. 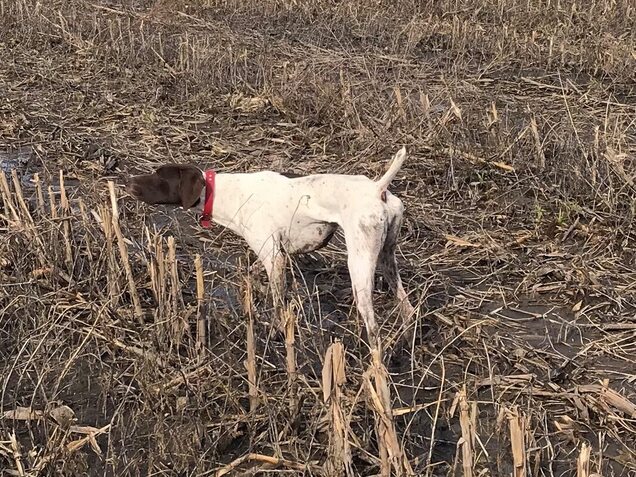 Tex Mex Du Barbwire
Tex is a 2015 male out of GSPCA National All Age Champion RU FC Uobidar's Against All Odds and FC Hi-Tailyn Katara from Hi Tailyn Kennels, co-owned with Barry Godwin. Tex was purchased from Scott Bodenstab as a 2yo and was put into Barry Godwin's wild bird guide string of Barb Wire Kennels where he excelled as a top dog. I then began his NSTRA trialing career where he easily earned his Amateur Championship in his first season. Tex is a big running, long nosed dog that is all business in the field. He puts on a show every time he runs. He is litter mate to 2019 GSPCA National Amateur Champion R-U FC AFC Hi-Tailyn’s Hakoda.